The Formula 1 season is competed across 23 races around the world, so a team (and their drivers) will have to perform as well as they can, as consistently as they can, for almost 10 months across these 21 races to earn as many points as they can in each Grand Prix to maximise their chances of winning the Championship.

Each Grand Prix takes place over a weekend with the following schedule:

The practice sessions are used by teams to understand how their cars (and their drivers) are performing on a particular track. The teams have the opportunity to make a certain (limited) number of changes to their car throughout the weekend.

The Qualifying session, which lasts around 90 minutes, is used to determine which order (or ‘position’) the cars will start the race on Sunday in. In the Qualifying session, drivers will attempt to set the fastest lap they can. Those who set the fastest lap earn a higher position on the starting grid with each driver aiming to make it as close as possible to the number 1 position (also known as ‘pole position’ or ‘pole’). This session is split into 3 parts (named ‘Q1’, ‘Q2’ and ‘Q3’) where in each session, the slowest 5 drivers will be knocked out (with their position determined by what order they finish at the end of each Qualifying session). In Q1, 20 drivers are reduced to 15 drivers, and in Q2 15 drivers are whittled down to 10 drivers. In the final session, Q3, the top 10 fastest drivers compete for the front 10 positions on the starting grid.

Having a better position on the starting grid can confer a large advantage because drivers will make it as difficult as possible for competitors to overtake them.

The race on Sunday is the most important part of the weekend, as no Championship points are awarded in any session outside of the race. Drivers line up on the starting grid in the order they qualified in (however on occasion, teams or drivers will incur penalties which may demote them to a lower grid position) and then when the race begins they will compete to complete a set number of laps (which varies depending on the track) as quickly as they can. The race usually lasts around 2 hours baring an incidents which temporarily stop the race midway.

During the race, each driver is obligated to make a ‘pit-stop’ and change the type of tyres they have on their car. A pit-stop involves driving to a special area of the track (also known as the ‘pit-lane’) where their team’s mechanics will meet them and change their tyres as quickly as possible (on occasion the mechanics will be required to make other limited changes to the car, for example if part of the car is damaged, however this is also very costly in terms of time). Each team will try to make pit-stops as quickly as possible because each second counts. Making a pit-stop can cost a driver up to 30 seconds (because the drivers are obligated to drive slowly through the pit-lane in the name of safety) and the time it takes to actually change the tyre takes time. The record for the fastest tyre change is 1.9 seconds.

This introduces a level of strategy into the race because although teams have to make a pit-stop, when they make their pit-stop is at their discretion. Teams will try to optimise their strategy by choosing to make a pit-stop at the most opportune time. Factors such as the weather, damage to the car and other teams’ strategies will affect their decision.

Drivers (and the teams they drive for) who finish in the top 10 will earn points (with more points being awarded to those who finish higher). Teams then repeat this for the 21 Grand Prix on the Formula 1 calendar. 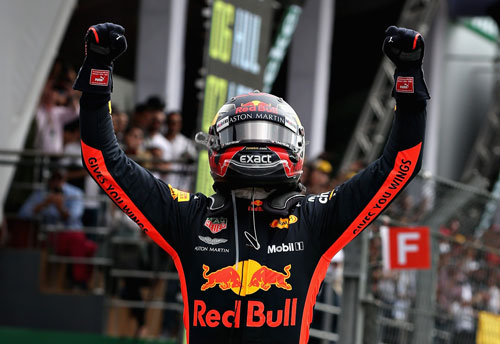 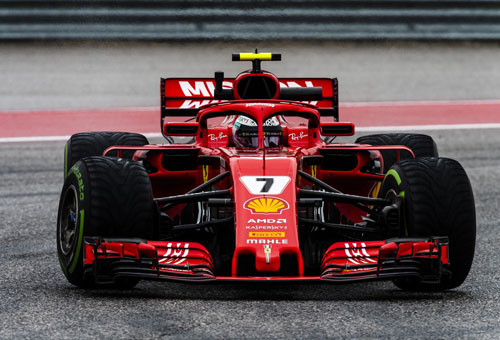 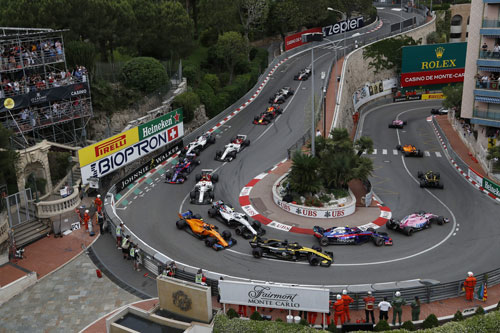 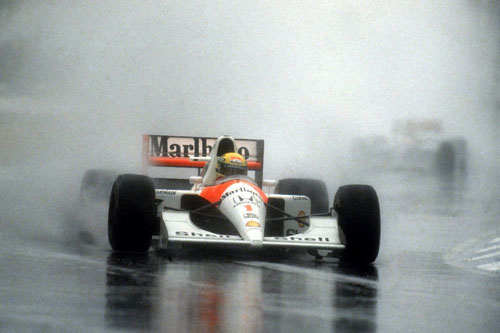 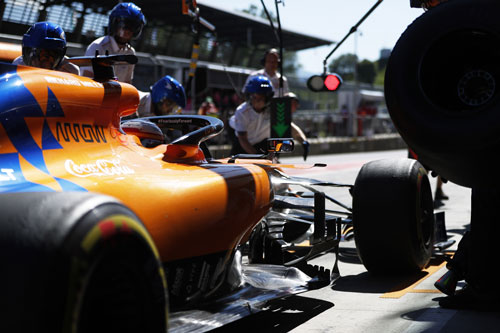 A Formula 1 pit stop is when a team brings a car into the pits to perform routine maintenance or make necessary changes to the car. During a pit stop,... 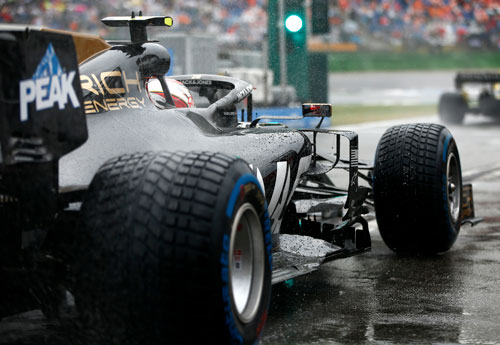